The creation of governmental institutions is the central task of all constitutions. Each political community needs institutions to govern its society; as each society needs common rules and a method for their making, execution and adjudication. The European Treaties establish a number of European institutions to make, execute, and adjudicate European law. The Union’s institutions and their core tasks are defined in Title III of the TEU. The central provision here is Article 13 TEU, which states: 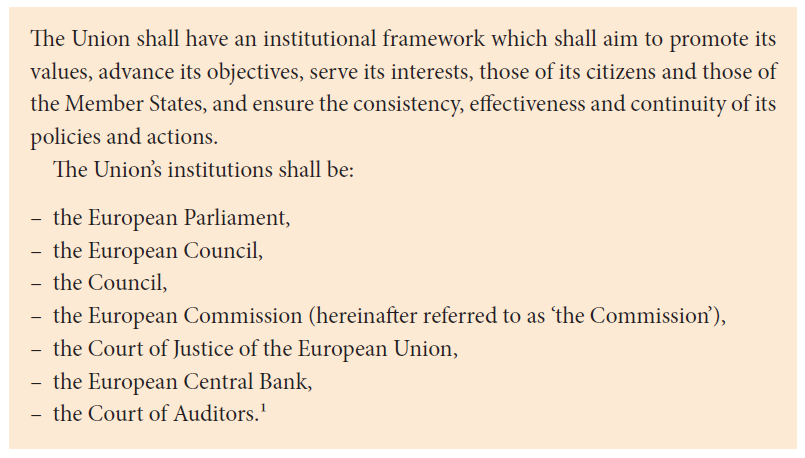 The provision lists seven governmental institutions of the European Union. They constitute the core players in the Union legal order. What strikes the attentive eye first is the number of institutions: unlike a classic tripartite institutional structure, the Union offers more than twice that number. Parliaments and courts are thereby typically found in national legal orders. The two institutions that do not—at first sight—seem to directly correspond to ‘national’ institutions are the (European) Council and the Commission. The name ‘Council’ represents a reminder of the ‘international’ origins of the European Union, but such institutions can equally be found in the governmental structure of federal States. It will be harder to find the name ‘Commission’ among the public institutions of States, where the executive is typically referred to as the ‘government’. By contrast, central banks and courts of auditors again exist in many national legal orders. 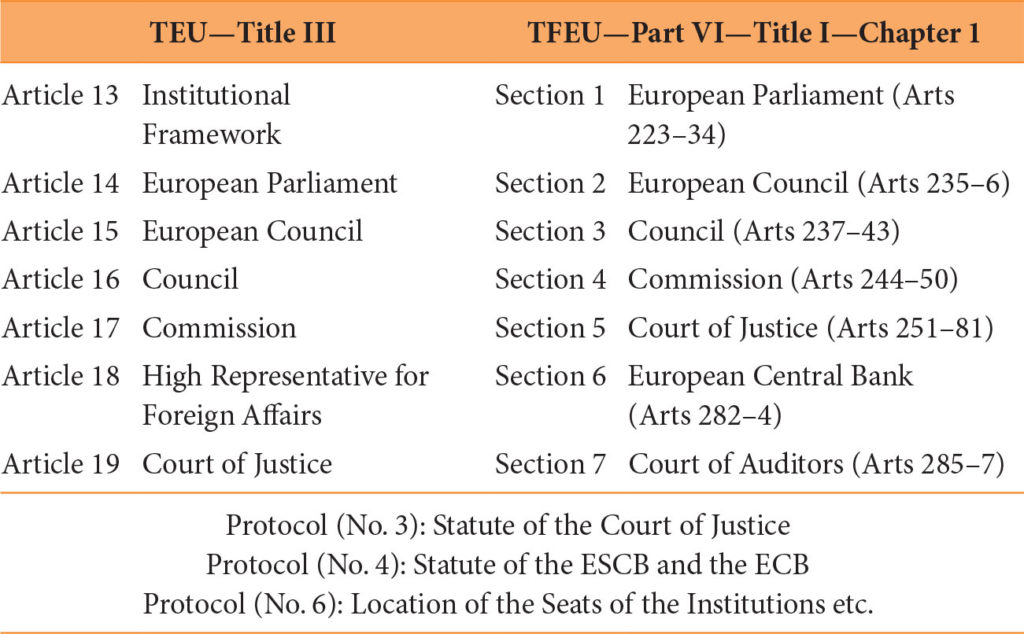